THE FRATERNAL ORDER OF POLICE

Soon after, State Lodges were established and then the Grand Lodge was formed to encompass the United States. From the original 23 members, the membership now totals over 350,000,

and there are over 2200 local Lodges in the United States to include one in Dublin & Blarney, Ireland and one in Ontario, Canada.

The FOP is "the voice of our nation's law enforcement officers."

The FOP is a "full-service member representation organization.”

It also sponsors charities such as Easter Seals, Special Olympics, memorials for fallen officers, and support programs for spouses and family members of law enforcement officers.

The FOP official history states that the founders decided to not use the term "union" because of "the anti-union sentiment of the time," but nevertheless acted as a union, telling Pittsburgh Mayor Joseph G. Armstrong that the FOP would "bring our grievances before the Mayor or Council and have many things adjusted that we are unable to present in any other way...we could get many things through our legislature that our Council will not, or cannot give us." 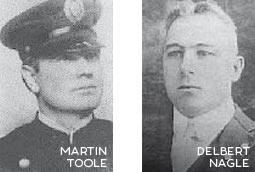 On January 25, 1934, Tucson Police Officer Frank Eyman was one of the several officers who captured John Dillinger in downtown Tucson. Eyman, who later became Sheriff of Pima County and Warden of the Arizona State Prison in Florence (1955 to 1972), transported Dillinger to Chicago.

While there, he had the opportunity to visit a Fraternal Order of Police Lodge and returned to Tucson with paperwork to establish the first FOP Lodge; Tucson Lodge 1, whose members are Tucson PD officers. Later the same year, the Arizona State FOP Lodge and Phoenix FOP Lodge 2 were chartered.

In 2012, Lodge 44 has grown to include the Arizona Department of Juvenile Corrections & ADC Parole.

For more than 40 years the Lodge has represented the interests of Professional Correctional Employees.  Many of the benefits obtained for our members are a result of the efforts by the Fraternal Order of Police to actively fight for wages, benefits and improved working conditions.

Our membership includes staff of all ranks from Correctional Officers to Administration, Parole Officers, Juvenile Detention Officers, other CORP members, and retirees.

We know the needs and aspirations of Correctional Professionals because we work ‘shoulder to shoulder’ with you. We are committed to improving working conditions for the ‘line staff," better pay and benefits, better safety, adequate equipment, and equitable personnel policies and procedures.

The Fraternal Order of Police is the voice of those who dedicate their lives to protecting and serving our communities. We are committed to improving the working conditions of law enforcement officers and the safety of those we serve through education, legislation, information, community involvement, and employee representation. 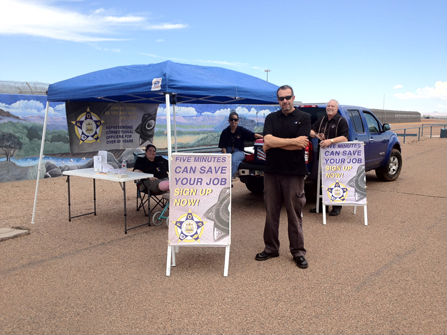