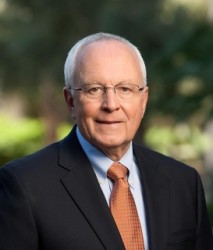 Isaacson Law Firm P.C. is widely recognized as one of the top lobbying firms in Arizona.

DONALD G. ISAACSON received his bachelor’s degree from Augustana College, and his law degree from Arizona State University, where he was a member of the editorial board of the Law Journal.  He served as Rules Attorney, Majority Counsel and Director of Research for the Arizona House of Representatives for over six years.  Mr. Isaacson has been in private practice primarily in the area of governmental consulting and lobbying.  During his more than 30 years of lobbying, he has developed expertise in a wide range of policy areas, including banking, insurance, water, public health, law enforcement, public safety, telecommunications, optometry, higher education, budget and finance, taxation, special districts, and professional licensing for various trades.  Throughout his career, he has been active on the legislative committees of the State Bar Association and Chambers of Commerce. He has served as the Chairman of the State Bar's Professional Liability Committee. He is on the Board of Directors of the Arizona Chamber of Commerce and Vice-Chairman of its Water, Energy & Natural Resources Committee. He also chairs  the Phoenix Chamber's Health & Insurance Committee.

MARIE ISAACSON received her Bachelor of Science and Master's in Business Administration from Arizona State University.  Immediately prior to joining Isaacson & Walsh, Ms. Isaacson was the Benefits Director for the State of Arizona, managing the Health Insurance Trust Fund and self-funded medical, pharmacy and dental plans, as well as fully insured dental, vision, life and disability plans.  In her nearly 31-year career with the State of Arizona, she served in many leadership roles at the State, including the State's Human Resources Director and Human Resources Deputy Director.  She has worked on a variety of policy issues and legislation and with the 100+ state agencies, boards and commissions.  Ms. Issacson is a Flinn-Brown Fellow and holds national certifications in human resources.  She joined the firm in July 2018.

Arizona Capitol Times - With respect to local publications, over the past 20 years we have been regularly identified as one of Arizona's top lobbying firms. In the January 2005 and 2006 issues of the Arizona Capitol Times, the newspaper that follows activities at the State Capitol in Phoenix, our firm was one of only two lobbying firms listed as one of the top 25 policy makers for Arizona, along with the Governor and other elected officials. In 2010, 2011, 2012 and 2014, Don Isaacson was awarded the "Best Lobbyist" at the State Capitol.

The firm's practice includes representation of clients before the Arizona Legislature, state agencies and local governments. 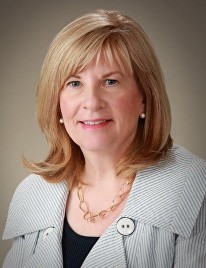